My Books are now FREE

I've made all of my books FREE in an attempt to reach more readers. (Amazon is gradually making my books free. They're pretty slow compared to the other retailers.)

Aside from being generally weird and (hopefully) funny, these short stories poke fun at the Romance/Erotica genre. 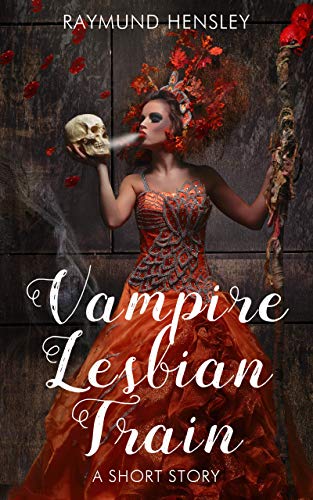 "I will introduce you to a world bursting with pleasures beyond your wildest dreams."

In this horror comedy short story by the author of Filipino Vampire, a woman on a train falls in love with a seductive vampire queen.

Romance... Guns... Vomiting... Are you ready to be injected (lovingly) with virginal fear? Then get on the train. 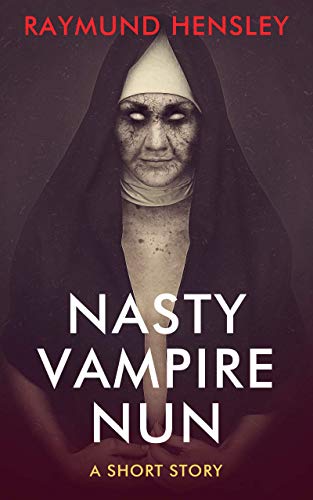 "I can make you stronger. No one will push you around ever again. Are you interested?"

In this horror comedy short story by the author of Filipino Vampire, a vampire queen living in an ancient pirate ship seduces a suicidal, nasty nun.

How I Met Barbara The Zombie Hunter (FREE for Kindle) 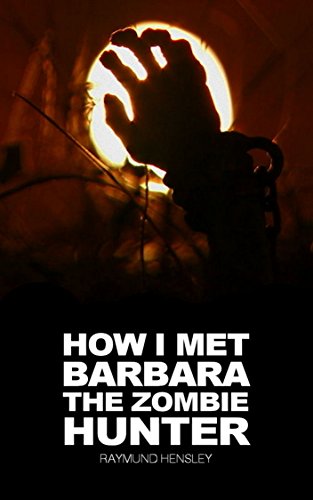 Yes, there are zombies, even in Hawaii. A foolish, lonely writer learns this the hard way from a beautiful woman who claims to be a hunter of the living dead. (Note to self: Next time, when a stranger on the internet wants to see you, just say no.) A horror comedy novelette.

Nothing gets me more in the mood to write about killer priests and ripping off zombie heads than sweet, sweet jazz. Specifically, hour-long music videos on the YouTube. Here's one that I like, called "Disney Sleep Jazz Music": 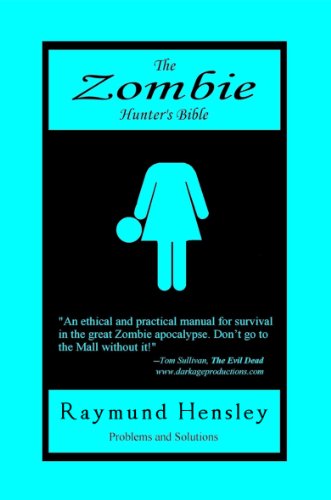 A horror comedy novella. (Editor's Note: Information contained within these pages is for entertainment purposes only. Please do not murder people because they have been bitten by "zombies".)


“The attention to detail is mind-boggling!”
-Staci Wilson

“Enjoy this book …because you won't be laughing when the zombies come! A must-have for people with zombie-shelters in their basements, because Armageddon is boring and entertainment is hard to come by in a basement.”
-Ron Cunningham “The Horrorist”

“Raym C. Hensley – with his Zombie Hunter's Guide – has found a new use for the alphabet. An ethical and practical manual for survival in the great Zombie apocalypse. Don’t go to the Mall without it!”
-Tom Sullivan, The Evil Dead

Includes a preview of How I Met Barbara The Zombie Hunter.
at March 27, 2019 No comments:

Filipino Vampire is #1 on Amazon

My book Filipino Vampire is #1 on Amazon lol. amazon.com/dp/B004WOY1KK 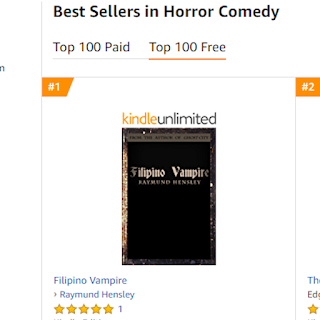 I'll let you know when I publish more stories.

Get my FREE books at these stores!

Amazon is gradually making my books free. They're pretty slow compared to the other retailers.

Sorry I haven't been publishing much. I'm still debating if I should continue with horror comedy or jump back into erotica. Until then, here's a story I wrote back in...er...2013, I think. It's been stuck in limbo.

Let me explain: I originally wrote it as a horror comedy, but when I was in my erotica phase, I turned it into a sex book, and now I'm turning it back again. All in all, I think it's a pretty funny book. Hope ya'll like it. Mahalo - RH

PART ONE: I tried writing Erotica (under a fake name)

And failed. Miserably. The books I loved writing weren't selling, so I thought I could make a pretty penny writing in this hot, new genre Fifty Shades made so famous. Well...I pretty much only made a pretty penny (ha ha ha). But damn did I put my all into those short stories. I wrote around 15? I really thought it would work. "This time, I'm going to write what the people want!" I said on the edge of a cliff, saluting the sunset.

Full disclosure: I was bored most of the time writing erotica. And possibly, deep down, I didn't really want to be successful writing that stuff. Maybe it was self sabotage, subconsciously. If I did become successful peddling mental sex, I'd hate myself on my death bed years later anyway, cursing at my old, wrinkled hands that I didn't have any fun, that I sold my soul, my time. And all the money in the world can't buy back time wasted.

Rewind to the moment I realized, after a year of being in the erotica game, that it just wasn't working out... I missed writing my weird, funny books. But they still weren't selling. Too noncommercial. People weren't connecting. No surprise, seeing as I'm antisocial.

PART TWO: Free books (for the next couple years)

I'm a free author now. Horror comedy fantasy books, 100% Raym, at no charge. Why? Story goes: I gave up writing not long after my erotica phase. I said, "Screw it. I have no audience. The candle's burning on both ends. Nothing is working. I'm just pissing in the wind, and it's all flying back in my face, and it's foul-tasting pee. Not the good kind." I decided to make my strange, noncommercial books free everywhere (couldn't on Amazon due to technical reasons), and moved on with my life, meaning that I drank vodka a lot and slept a lot and worried a lot about "getting old" and "being generally useless" while my friends graduated college and went out partying in celebration of their "good enough" jobs.

Then I noticed that, hey, people have been downloading my books. People were interested. And that felt good. Even if they all hated my stuff, it was still better than being ignored. And realistically, out of hundreds of downloaders, someone out there must have liked at least one book.

So that's basically it. I'll be writing free books for now for all 0.0000000001% of the population to enjoy. At least this way I'll have a better chance at finding my audience than when I had them up for sale.

My brain: Good job giving up on your dream wanting to write full-time.
Me: Shut up. I don't like you anymore. Go back to your cage and eat your boiled fish heads.

Contrary to the negative, reptilian side of my brain, I am not giving up on writing full-time. The door (more like small window) is open to the possibility. I'm just not so focused on making money from book-writing anymore. It's more of a #3 life goal. #2 is staying relatively healthy. #1 is living a fun life, and that means writing books I enjoy, that I'm proud of. But hey, if someone wants to support my work because they honest to God have enjoyed themselves, cool beans. That's awesome! They can go here: https://www.patreon.com/RaymundHensley

Every cent goes back into making the best stories I can conjure up.

Aloha, boils and ghouls. All of my books are free to download at your favorite e-book stores. If a book on Amazon isn't free, let them know of the error. Or go to Smashwords.com for a quick and easy download. Enjoy!

Get them here: https://www.smashwords.com/profile/view/raymhensley
at November 20, 2014 No comments:

My Books are now FREE

I've made all of my books FREE in an attempt to reach more readers. (Amazon is gradually making my books free. They're pretty slow ...